Why will Cash stick around?

In today’s world of Google Wallet, Cryptocurrencies and Square, common thought is that use of cash is declining and that days are numbered for cash. But is it really like that? What does the data say?! 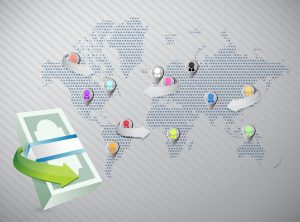 cash around the globe

The Federal Reserve Bank of San Francisco looked into “cash in circulation” (CIC) in 42 economies across the world, that together account for 75% of world GDP. What it found was that 40 of the 42 countries it studied – making up 75 percent of global GDP – experienced an increase in CIC that outpaced GDP. In some cases, such as Mexico and South Korea, CIC outpaced GDP by more than 100 percentage points.

So why does cash remain so popular? For a start, cash is still the number one means of payment. It’s accepted everywhere and it doesn’t require any additional elements. Secondly it’s still an important store of value - people feel comforted by having physical assets to hold on to in case they need immediate access to funds.

In stark contrast to the rest of the world, two countries have seen CIC decline outright: Norway and Sweden. These countries have been able to move away from cash through government initiatives, financial institution coordination, and widespread electronic payments infrastructures.

Norway’s largest bank, DNB, estimates that just six percent of citizens use cash on a daily basis, and has therefore eliminated cash in its branches. Sweden, meanwhile, has been heavily encouraging digital and mobile P2P and card payments for decades but having second thoughts about getting rid of cash. Opinion polls among Swedes give interesting results, with almost seven out of 10 saying they wanted to keep the option to use cash, while just 25% wanted a completely cashless society.

In summary, despite the many emerging payment methods that we are seeing increasing globally, the role of cash and the importance of the ATM should not be underestimated. Furthermore FinTech Start-up’s like Pip iT will start having a bigger role on the financial market by connecting technologies and cash and enabling transfer of cash on mobile platforms.

Interested in this topic? READ THIS BLOG ---> Cash Vs. Card Payments