Kenya - the other silicon savannah

In November last year, Ollie our CEO, was in Kenya as part of a Trade Mission with Minister Humphreys and the Department of Business, Enterprise and Innovation. Here is an interesting account of who he met and what he learned - and their competition with Nigeria!

At the start of November last year, Ollie our CEO, was in Nigeria as part of Enterprise Ireland’s participation in Nigeria FinTech Week.

"While in Nigeria, one of the speakers at the FinTech Week referred to Nigeria as the Silicon Savannah. As every good tech hub has to have ‘Silicon’ in its name these days; it sounded like a good title to me.

In November however, I made my first trip to Kenya. I was in Nairobi as part of a trade mission with Ireland’s Minister for Business, Enterprise and Innovation, Heather Humphreys TD – and discovered there is some competition for the Silicon Savannah title!

I was there for just under 48 hours, but managed to attend two events, two contract signings, five meetings, dinner with a partner company and a trip the Nairobi Natural History Museum!

In every one of those meetings, Kenya was referred to as Silicon Savannah. They are indeed very proud of the tech and Fintech community and with good reason. (Even the Natural History Museum participated with a full room on the history of the Kenya Central Bank, which I thought was a bit bizarre?) 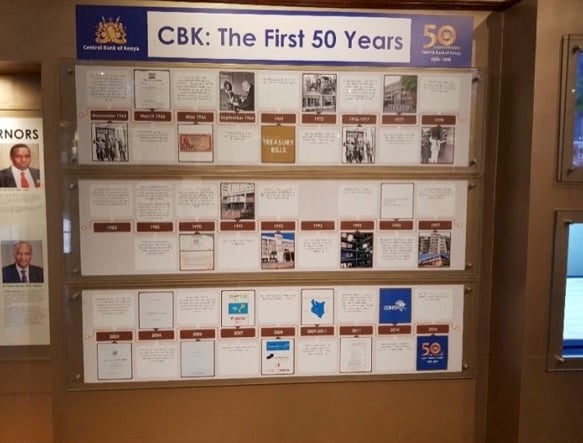 The two Enterprise Ireland events really showcased the Irish tech and Fintech communities. It was Ireland’s first trade mission to Kenya and it turned out to be Ireland’s biggest trade mission to date. I think this illustrates how important Kenya is to Irish business. Both events were very strong on trade flowing in two directions and that Irish companies were there for partnerships, not just to make sales.

‘Team Ireland’ was out in force for the first evening event, and Minister Humphreys was accompanied by Ireland's Minister for Children and Youth Affairs, Dr Katherine Zappone T.D - who was in Kenya on an education mission, and Frances Fitzgerald MEP, who was on EU business;  as well as the Irish Ambassador to Kenya, Fionnuala Quinlan.  I think the entire Enterprise Ireland Sub Saharan African team was there too. Huge support for Irish companies. This was an event really well attended by both Irish companies and Kenyan companies looking for partnerships. With perhaps 200 people, a lot of good networking was done! 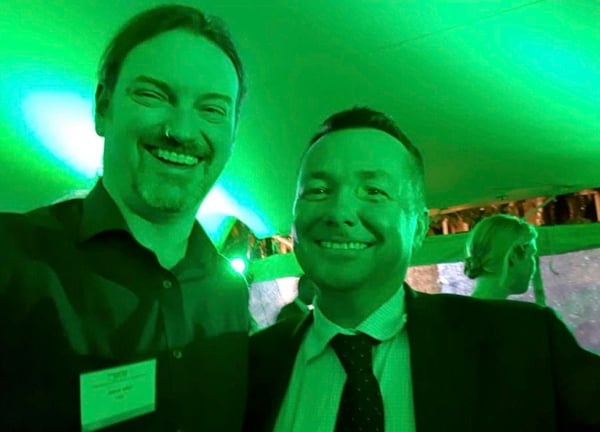 Day two was a bit more formal. It always amazes me the number of Irish people and companies I meet regardless of where I am in the world, as well as the Irish influence in the country. The day was spent in Strathmore University in Nairobi which was co-founded in 1947 by Galway man Kevin O’Byrne. Professor John Odhiambo, Strathmore University Vice Chancellor, gave the opening address and educated us on this Irish influence from the establishment of the university right up to today.

We had a series of pitches from Irish companies. What struck me about the pitches, as well as the amazing quality of Irish companies and the products they had developed, was the number that, like PiP iT, had a social mission mandate. As a company with our own social impact mission (financial inclusion) it was great for me to see other companies with their own mission. The companies presenting include Anam Technologies, Aubren, Nafasi. PiP iT, SourceDogg, Taoglas and Umba.

The trade mission spanned several industries (education, engineering, tech, Fintech) but obviously all of my meetings were with finance/Fintech companies. In the Fintech world, Kenya is famous for mPesa which was the first really successful mobile money product. Launched by Safaricom in 2007, it now accounts for transactions 48% of Kenya’s GDP. They have been credited with lifting 194,000 Kenyan’s – 2% of the population – out of poverty by giving them access to a payments infrastructure where they couldn’t get a bank account. They have set a high standard as the companies I met had amazing technology combined with rapid scale growth strategies and an international focus. 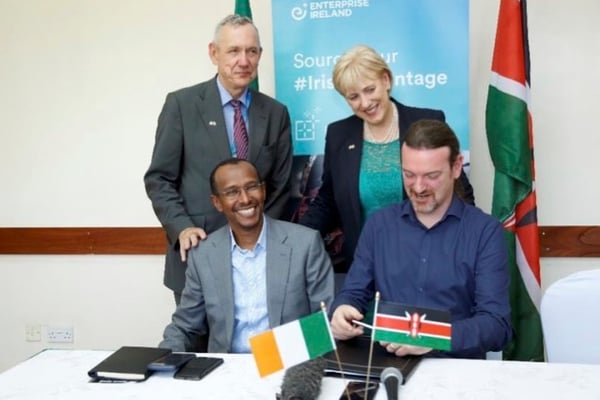 I’ll let the people of Nigeria and Kenya sort out who own’s the title of Silicon Savannah, but I can tell you that both countries have a lot to offer in terms of markets, high quality partnerships and cutting edge technology."

Get in touch to see how Pipit can benefit your customers?