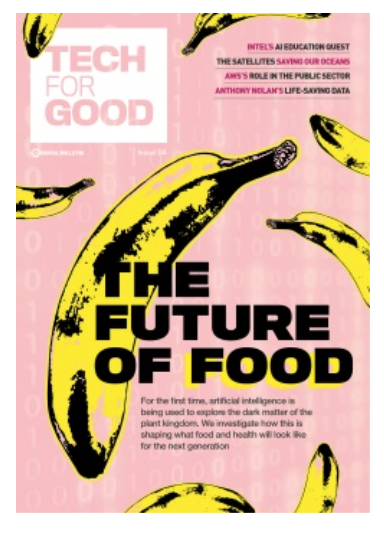 … Village Capital, which is one of the world 's largest venture capital firms for seed-stage startups. She manages initiatives that aim to support young companies and entrepreneurs. Village Capital's goal is to "democratise entrepreneurship" and it is focused on solving major global problems, like financial inclusion.

Finance Forward is a fintech accel­erator set up by Village Capital which Zaccagnini has been heavily involved in since it launched last year. With programmes running in the United States, Latin America, MENA and Asia as well as Europe; Finance Forward offers training and access to grants for fintechs with products tailored to low and moderate income populations. The programme is supported by PayPal and the MetLife Foundation, and the top selected startups receive a MetLife Foundation Social Entrepreneur­ship Grant of up to $75,000.

Fintechs that made this year's shortlist in Europe include Pipit which enables migrants to send cross-border payments, and Elifinity, which uses Al to predict future financial challenges. Zaccagnini believes the strength of the accelerator is that it goes beyond the surface issues in the battle against financial exclusion.

"We recognise the limitations to finan­cial inclusion, which can become a bit of a tick-box exercise. Like with opening bank accounts; you can say x number of people now have bank accounts, but it doesn't say much about their financial wellbeing," she says. "This accelerator is about taking a broader approach to financial health. Beyond fintechs, we've got insuretech products, wealthtech products ... it's about taking that broader look at financial inclusivity."

The Europe programme this year attracted more than 80 applications alone. There is clearly no shortage of fintech entrepreneurs out there, even if their efforts to break through into the mainstream might have been hindered by the COVI D-19 outbreak. But is it fair to place all our hope for solving these issues in these ambitious but early­stage companies?

Ghanem believes not. In his work at Capgemini, the entire financial ecosystem comes under the microscope. Capgem­ini's "World FinTech Report", published in June, stressed the need for traditional financial institutions to embrace collab­oration with fintechs in order to become more agile and meet the demands of a wider cross section of customers.

"Banks can't do it alone. They have skills shortages, they have technology challenges and they have cultural challenges to move fast," says Ghanem. "Skills are in the fintechs, agility is in the fintechs, the only thing the fintechs don't have and what banks have is scale. If we can orchestrate this ecosystem, it's a win-win for everybody. Capgemini wants to play the role as the orchestrator of an ecosystem that aims to deliver innovation at scale.

"It is now generally accepted that collab­oration holds the key to the umbrella objective of bringing more people into the financial system. And collaboration is happening, with one new initiative in Latin America being a perfect example of financial players coming together for a greater, social good.  In September, Mastercard announced that it is joining forces with a number of institutions to launch the Tech for Good Partnership, a first-of-its-kind private sector agreement to accelerate digital and financial inclusion in the Latin America and Caribbean region.

PayPal is one member of the group, which also includes Bancolombia, Banco Galicia, Citibanamex and Mercado Libre. In Latin America, 45% of the population is financially excluded. "That leaves tremendous growth and opportunity for every single one of these companies," says Kiki Del Valle, Mastercard's SVP of Digital Partnerships in the region. "Through the partnership with these players, we can believe we can create new ideas and new innovative platforms.