According to the United Nations the global stock of international migrants in 2019 was 272 million - an increase of 51 million since 2010; representing over 4.5% of the world’s total population. 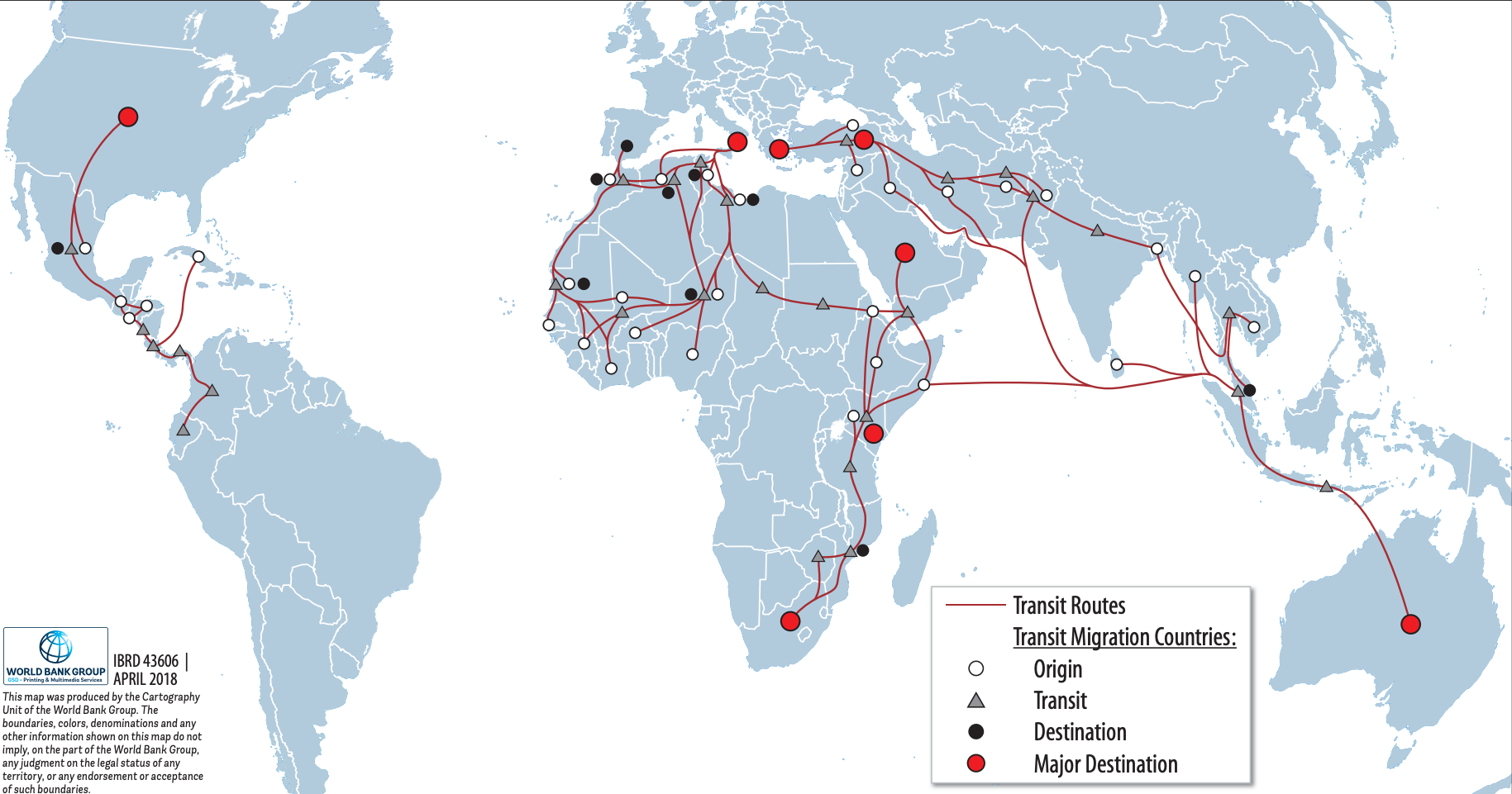 People migrate for many different reasons, including political and environmental reasons; but mainly because they think that, by migrating and working overseas, they can improve their own lives and those of their families.

When migrant workers send money home to support their families, this is called Remittance, and  is generally targeted to meet specific needs of the recipients.  In poorer households, remittances may finance the purchase of basic goods, housing, children's education and health care. In richer households, they may provide capital for small businesses and entrepreneurial activities.

In many cases, remittances coming into a developing country comprises a significant portion of the country’s (GDP). See below for remittances received by 10 African economies in 2019: 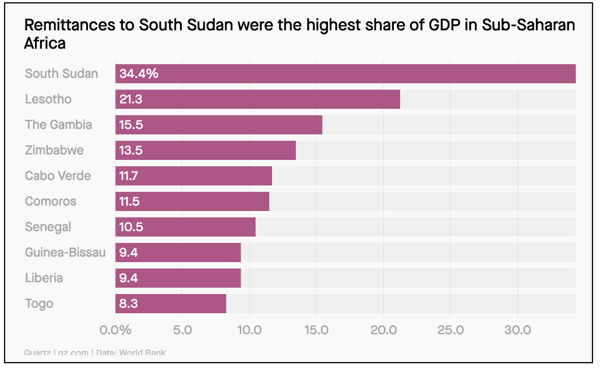 The source of these remittance flows was as follows:

Despite the fact that this global money flow is significant both to families and whole economies, the cost of remittance has remained high in less developed parts of the world; and could be disadvantageous to those who need this financial support the most.

At the heart of the United Nations 2030 Agenda for Sustainable Development are 17 Goals (SDG) which are an urgent call for action by all countries - developed and developing - in a global partnership to, among other concerns, reduce inequality.

Remittances will make a hugely important contribution to reaching these Goals. In particular, SDG 10 aims to reduce inequality in and among countries - with a specific target to reduce the global cost of remittance to 3% by 2030. It states that:

Whatever method used, the global average cost of sending remittances is more than twice the UN target of 3% across all money transfer methods. Cash payments tend to be more expensive than bank account transfers. Across all countries for which data is available, the average cost of remitting £120 in cash cost £11.44 or 9.54%. The equivalent cost of a bank transfer (using an operator that also offers debit/credit card transfers) was almost half the price: £5.86 or 4.88%. 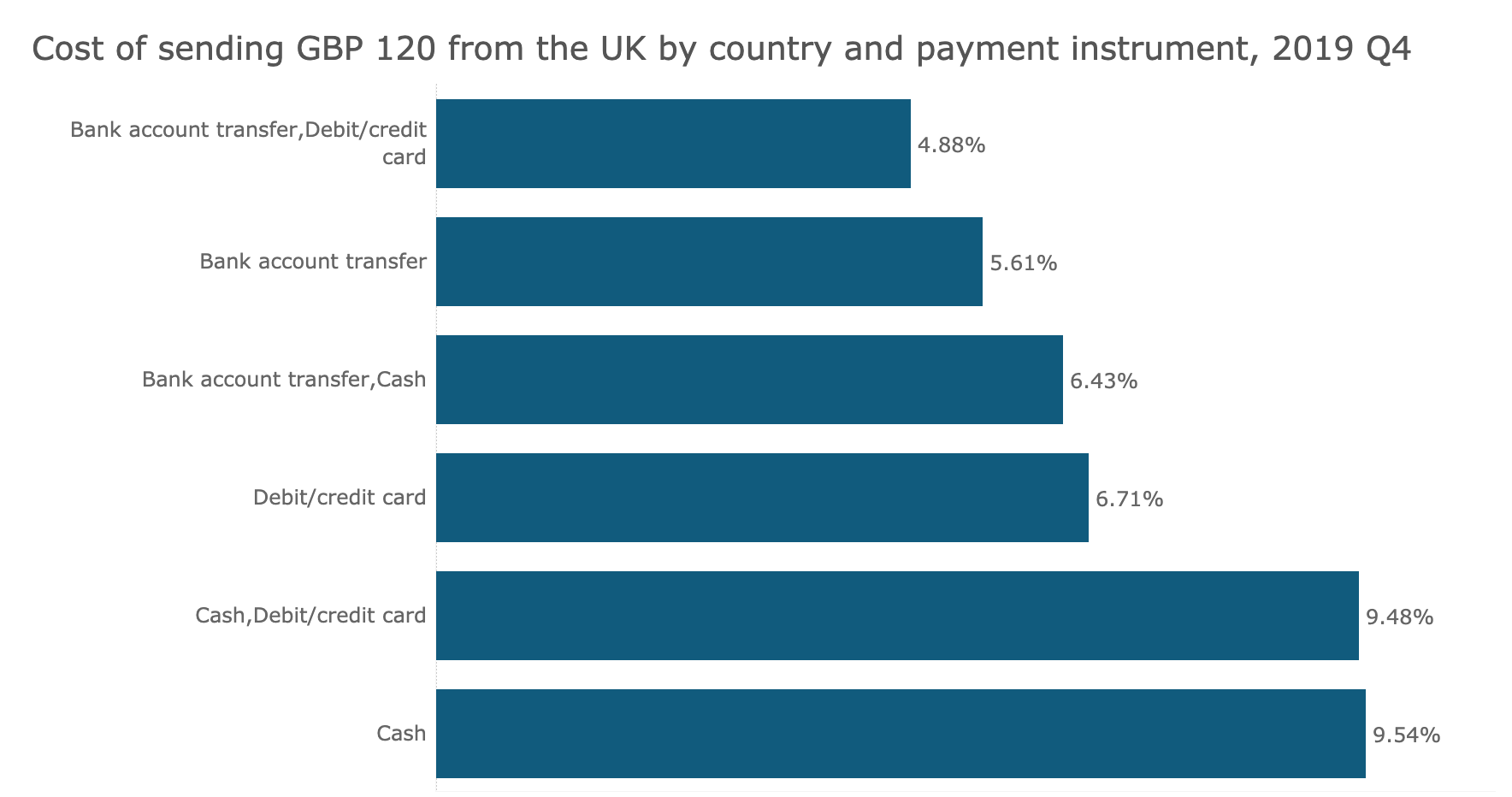 Cash transfers continue to dominate the remittance market, especially with regard to developing countries, and particularly when money is sent to countries with least developed domestic money payment systems, and a rural population.

Remittance costs across many African corridors and small islands in the Pacific remain above 10%, because of the low volumes of formal flows, inadequate penetration of new technologies, and lack of a competitive market environment.

Every year about $40 billion is sent to Sub-Saharan African countries from people working abroad. They are charged exorbitantly, far more than any other region in the world. but it doesn’t have to be this way. On average, to send $200 to and from a country in the region will cost almost $19.

Because of the high transaction fees associated with sending and receiving money internationally, it is estimated that at least $32 billion in remittances is failing to reach recipients each year.

The Role of the Fintech

Fintechs and digital payments can help to significantly drive down the cost of sending and receiving payments in poor and developing countries, as well as increase the overall amount of money reaching families in these countries.

Fortunately, things are slowly starting to change, as the market opens up to technology and we are starting to see a move away from banks and transfer firms altogether, and mobile money methods are starting to gain a foothold. Our new generation of fintechs are working out how to link local networks together to offer new cross-border fund transfer methods.

Across Africa, Asia and Latin America through a combination of accessible digital payments, government reform and fintech solutions accessed via mobile phones and the internet - millions of people are now using ecommerce, mobile APPs and eWallets to manage their finances.

At Pipit Global, we have developed a platform to enable International Cash Top Ups as a model to contribute towards the UN SDG 10. Instead of peer-to-peer sending cash, we enable cash to be loaded to an account – into a bank account at home, into an eWallet, to an eCommerce platform or to a biller.

We believe that as developing nations look at ways to bring Financial Inclusion to all their citizens, they must remember the importance role that cash holds within financially excluded communities and new financial initiatives should seek to conserve the use of cash and work to bring down the global cost of cash transactions for people in developing economies and for those who choose to use cash as their preferred method of payment.